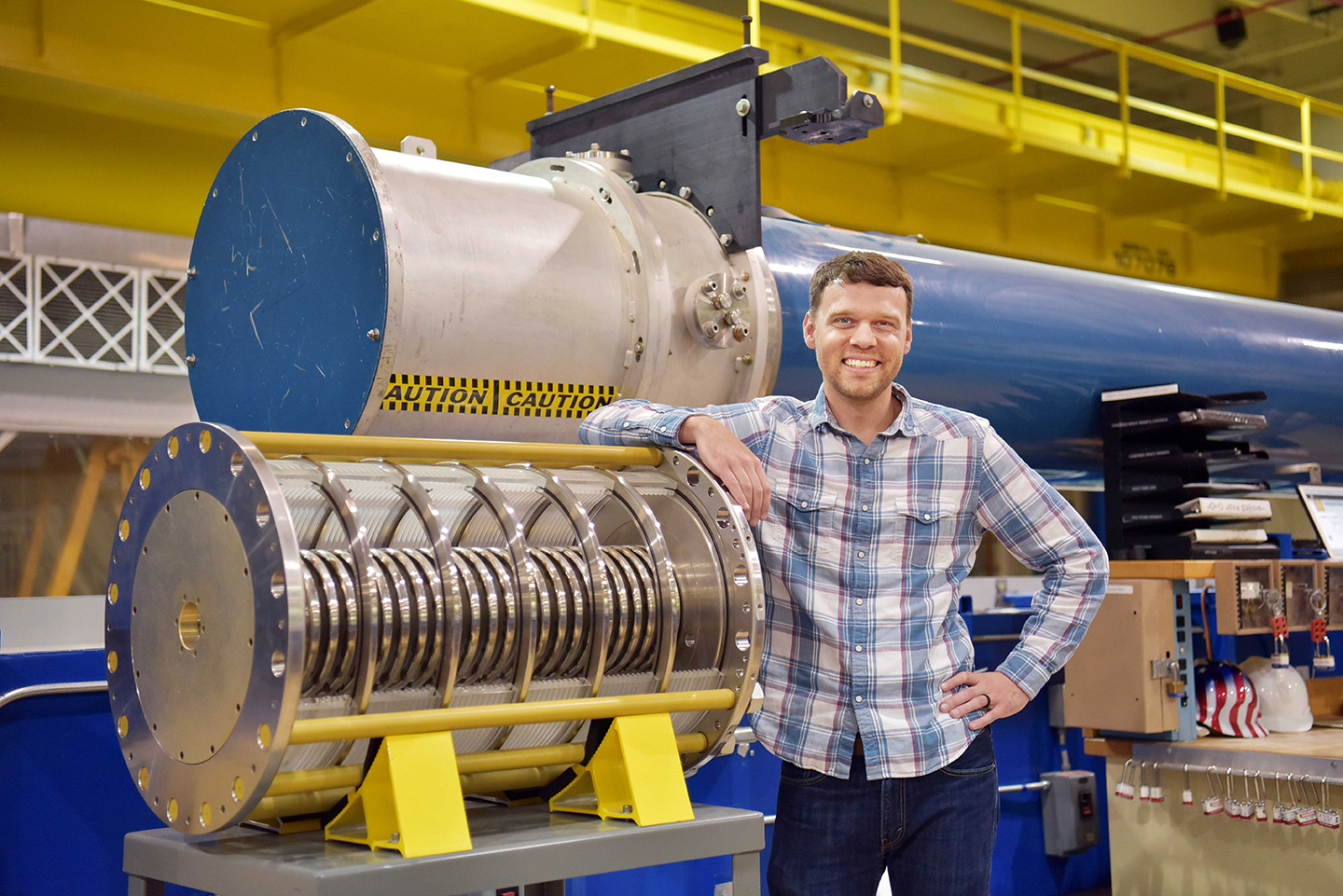 Physicists from all research backgrounds are helping Sandia solve the world’s toughest challenges.

There is no “typical” career for a physicist at Sandia. Instead, Sandia offers physicists a multitude of opportunities to participate in multidisciplinary teams on projects ranging from groundbreaking fundamental research to influential national security applications. Whatever the project, physicists are making important contributions to Sandia’s missions in stockpile stewardship, homeland and port security, and energy security.

For example, some physicists are investigating basic research topics from atomic/molecular dynamics to antineutrinos. Others are applying physics principles to fieldable commercial devices, such as airport sensors and satellites. Additional topic areas include laser development, climate modeling, alternative-energy source research, and combustion modeling and diagnostics.

Sandia has a rich history in optical spectroscopy and deep UV generation and lithography. In addition, our historical expertise in plasma physics has contributed to fusion research, neutron generators, and microelectronics processing. Our portfolio of plasma diagnostic techniques span the spectrum from microwaves and terahertz to deep UV and hard x-rays. Sandia physicists are also conducting high-energy-density physics experiments to deliver a high-yield, inertial-confinement-fusion capability for weapons effects, weapons physics, and energy production.

Key areas for physicists at Sandia

All qualified applicants will receive consideration for employment without regard to race, color, religion, sex, sexual orientation, gender identity, national origin, age, disability, or veteran status and any other protected class under state or federal law.

Sandia invites you to review the Equal Employment Opportunity posters which include EEO is the Law, EEO is the Law Poster Supplement, and Pay Transparency Nondiscrimination Provision.

As a national laboratory funded by a U.S. government agency, we are subject to federal laws regarding illegal drug use. Marijuana use, including for medicinal purposes, is a violation of federal law, even in places where it does not violate state law. Illegal use of a controlled substance within the last 12 months will automatically disqualify candidates from consideration for employment or for a Department of Energy security clearance.