After graduating from the University of Colorado with a doctorate in chemical physics, Andy McIlroy joined Sandia in 1991 as a postdoctoral researcher in chemical kinetics and laser diagnostics.

After working as a postdoc for approximately two years at the Combustion Research Facility, he left to join The Aerospace Corp. in Los Angeles due to Sandia’s now-defunct policy of not hiring its own postdocs.

He spent four years in Aerospace’s propulsion group before returning to Sandia in 1997 as a technical staff member in the CRF’s Combustion Chemistry and Diagnostics department. He was drawn to the opportunity to return to the work he wanted to do in combustion chemistry research. His wife, Julie Fruetel, whom he met while an undergraduate at Harvey Mudd College in Claremont, California, and who was working in Los Angeles, also joined Sandia to work on the microfluidics grand challenge.

The Labs also gave Andy a chance to regularly ride with fellow Sandian and Lawrence Livermore cyclists during the lunch hour.

“I do value work-life balance. That’s one of the things that attracted me to Sandia in the first place,” he said. Andy’s preferred place to be is “outside somewhere, first and foremost, and if at all possible, on a bike.

“I also liked the collegial atmosphere at Sandia/California and the CRF in particular, and I wanted to be a part of that,” he said.

Looking back, Andy said he isn’t sure he knew who the Sandia/California vice president was at the time. Now, he holds that role.

As Integrated Security Solutions Associate Labs Director, Andy provides leadership and management direction for Sandia/California — with about 1,900 staff members — including California weapons systems and component engineering. He also is responsible for Sandia’s energy and homeland security portfolio, which includes about 500 people in New Mexico.

“When you’re new to Sandia, I don’t think you realize all the opportunities you have to take your career in different directions at Sandia. And it’s not like you have to have a long-term plan. Sometimes an opportunity presents itself, and you take it not knowing what the eventual outcome will be,” he said.

From management to a unique challenge

Andy returned to Sandia as a staff scientist and was part of a team that discovered a new combustion intermediate, the first discovered in over 30 years. The work ended up on the cover of Science.

“That was the highlight of my technical career,” he said.

As he was trying to get his feet under him in that position, he was thrown another challenge. He was asked to take a key role putting together a proposal for repurposing the California site, which NNSA officials were considering for closure. His experience in that diverse group and the proposal itself led to his next position as senior manager for Livermore Valley Open Campus development. In that role, he developed the physical and operational infrastructure for the campus, an initiative of Sandia and Lawrence Livermore national laboratories for an easily accessed campus along their boundaries to foster collaborations and partnerships between experts from within and outside the labs. The campus opened in 2011 and was expanded in 2021.

In 2014, Andy became senior manager for science-enabled engineering within the California Weapons Systems Engineering Center and led verification and validation for Sandia’s Advanced Simulation and Computing Program. In 2015, he became deputy chief technology officer and director of research strategy and partnerships. This position involved commuting to Sandia/New Mexico for three to four weeks every month, which he did for two years before becoming director of the Energy and Homeland Security Program Management Center.

When Dori Ellis became deputy labs director in June 2019, Andy became acting leader for the California site. In September 2019, he was officially selected for the associate labs director position.

“As a young researcher, I never would’ve guessed I’d be where I am today,” Andy said. “I’ve been fortunate to have had many opportunities at Sandia over nearly 28 years where I learned about different facets of Sandia’s work and developed new skills. 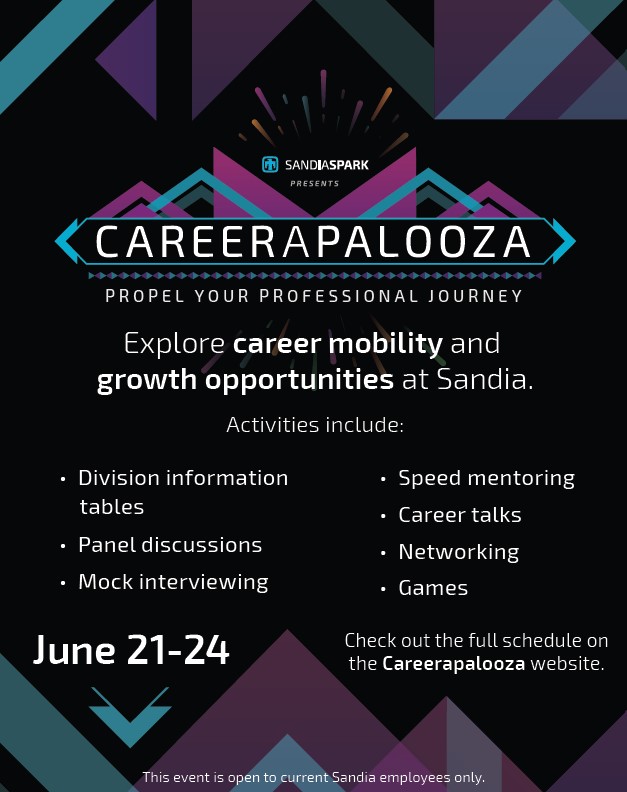 This article is tagged with the following topics: HR + Benefits, People + Events